When the property developer knocks on your door

By: Con Tastzidis|Published on: May 28, 2019|Categories: Development Sites| 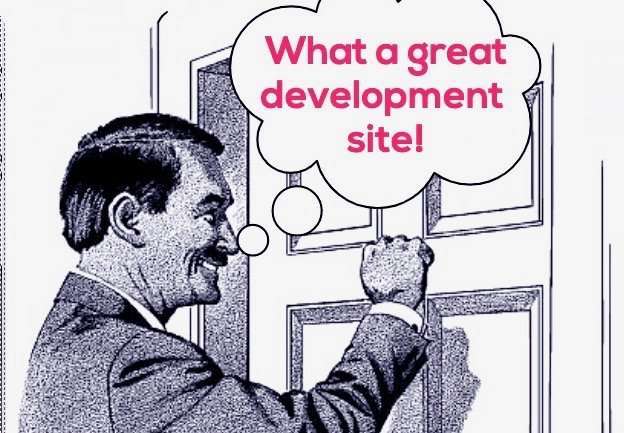 Everyone likes to think that their home or property investment as a potential development site. They read about site amalgamations going on everywhere and get excited at the chance of getting a slice of the action. At some stage, they may be approached by a development company or a property development specialist. Suddenly, dreams of getting started in property development and more importantly, a windfall may be a reality. The question is, what do you do when the developer knocks on your door?

The world goes round into words – supply and demand. Supply often finds it hard to keep up with the demand. Often there is a considerable mismatch between the need for homes and the availability of development sites. Many developers have trained the guns on every piece of land they can get their hands-on: old hotels, restaurants, commercial office buildings, large residential blocks or several residential properties. Basically, whatever can be torn down and turned into developed land to accommodate housing units attract property developers.

How to deal with property developers?

This has thrown up issues like valuation and rehabilitation. The other question on the landowner’s mind is how much should they ask for when a property developer knocks on the door?

The information available in the public domain has led to rapid growth the consumer awareness. However, this information is not always accurate, which, in turn, leads owners to underestimate development costs and the construction process. This results in bargaining for over the top prices. In addition to shooting property prices right across the value chain.

This has typically been the case in the majority of situations where people attempt to cash in on a rezoning or anticipated rezoning exercise. For example, changes from low density to high-density housing for the area.

Recently, this activity has led to rapidly appreciating prices. There have also been examples of alert developers pre-empting such a possibility by moving quickly to anticipate a possible future rezoning.

In most cases, developers want to play it fair and look to pay a reasonably good price. What can spoil this party is the vendors’ greed. They see this as a chance to make a fast buck.

Many property owners forget that in despite the scarcity of suitable sites, a developer will not pay a sky-high premium. They will simply turn the focus to another location, leaving the Vendor hi and dry. On the other hand, if the property owner has the foresight, they can quickly work around this.

Our experience with development sites

As real estate agents, I recall several such situations over the last 25 years. One particular example was during the boom years of 2003 to 2004 when property developers were frantically looking for new development sites.

During this time, there were moves to rezone several areas along the Sydney Upper Northshore train line area. It appeared to be an ideal locality for multi-unit housing as it comprised of above average size blocks of land in excellent locations. It was close to railway stations, Schools shops and other facilities. The State government was trying to encourage Councils to rezone these areas. At the same time, attracting much resistance from the local council and community.

However, some owners were proactive and got together to consolidate private homes. Thus creating more significant sites to make them more attractive to developers and increase the chances of the rezoning.

The result was a win-win situation for all involved parties. Many of these residential properties were rezoned to allow for multi-unit development. Many of the property owners had achieved well above market value for the properties. At the same time, the developers obtained good size development projects and sites.

Those who do not join the development process and the party of participating in high prices burned their fingers. Their small sites held little hope of a price appreciation over and above the development approval for rezoning period. Thus saddled with overarching high-rise buildings next door.

Another development site opportunity to cash in lost

Another project we were involved with at the same time involved consolidating six properties in Western Sydney. These properties at the time were zoned for medium density housing, which attracted several serious developers.

Interestingly, at the same time, there was a petition signed by many local residents to change this zoning back to low-density.

During the campaign, we received an unconditional offer with a quick settlement for $5,200,000, which we recommended the owners accept. Some were more eager to accept than others. Unfortunately, the consensus was that they wanted to find out the council’s reaction to a petition from many local residents to rezone the land back to a 2 (a) zoning (which would only allow for low-density housing).

Why waiting too long to sell your property can backfire

The move to hold back backfired and to the shock of everyone — including myself, the state housing minister at the time rezoned the sites back to 2 (a). This was a week before the local council elections. Little surprise that the developer withdrew the offer and offered new terms on a figure around $2,000,000 less!

In the following 5-10 years, these properties and the area showed little if any capital growth compared to the rest of Sydney. Indeed, nothing like the $5,200,000 they were initially offered.

Imagine what those owners, mainly young couples, could have done with the extra money over that time.

Is your property ripe for Property Development?

The question is, what do you do if developers start knocking on your door. The sale of development sites for real estate development is usually a very complicated transaction. My suggestion would be to contact an experienced property agent who understands the development process. They typically have many years and wide range experience in both residential as well as commercial property transactions and fully understand the complex issues of these transactions. They can assist in planning ahead to ensure you get the best possible deal for you. More importantly, ensure that you don’t leave any dollars on the table.

Con Tastzidis has over 30 years experience repositioning, amalgamating and selling development sites throughout Australia. Con Tastzidis can be contacted at CST Properties on 61 2 9882 2221 to discuss what do you do when the developer knocks on your door or any other commercial property matter.